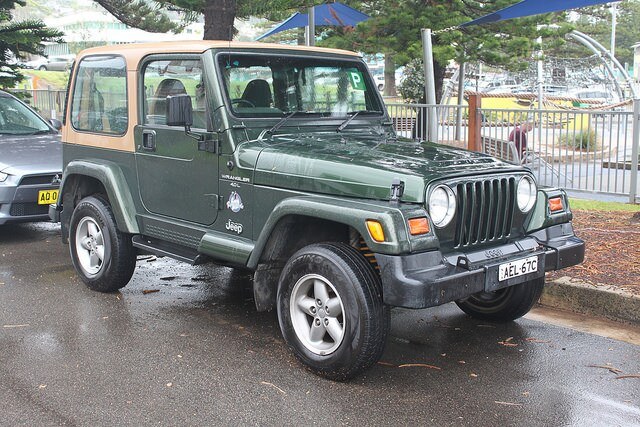 If you're not a longstanding Jeep owner, you might not be aware of the etiquette surrounding the Jeep Wave, or even what it is for that matter. Before we get into whether it is or isn't still relevant today, let's delve into what the Jeep Wave actually is, who does it, who doesn't do it, and why.

Here at the North York Chrysler dealership, we can tell you the Jeep Wave is a friendly gesture of greeting between Jeep owners, or more specifically Jeep Wrangler owners, when they spot each other on the road. So, when a couple of Jeep Wranglers pass on opposite sides of the road from each other, one drivers initiates the wave and the other is then expected to wave back to symbolize the bond that exists between them.

The Jeep Wave could well be defined as something of an honor that is bestowed upon those drivers who own the ultimate vehicle; the Jeep. The actual act of the Jeep Wave is either a raised hand waving or four fingers extended upward from the steering wheel, but it is allowable to modify the Wave according to the circumstances and locally accepted etiquette.

Although it's called the Jeep Wave and not the Wrangler Wave, some of the general rules for modifying the gesture make it blindingly obvious that the sometimes open nature of the Wrangler is an intrinsic encouragement to participate in the custom. For example, one commonly accepted modification is for a one-handed wave above the windshield or outside the body tub. However, it's acceptable to just give a nod. If you're in a particularly rural location, you'll probably find no wave is required as just a laid-back nod will be the norm.

All Jeep owners (Jeepers) are responsible for keeping the tradition alive. However, it often seems that the Jeep Wave is only strictly adhered to by those owners driving CJ, YJ, TJ and JK Wranglers. Although owners of those models are the ones carrying the heaviest burden for initiating the Wave, all Jeepers should return the Wave, even if they're driving a Cherokee, Renegade, Compass or Grand Cherokee.

It's More Than a Wave…It's a Program

If you're new to the Jeep brand and you've managed to take all that in so far, you might want to sit down and grab a cup of strong coffee as there's now another Jeep Wave to know about, and this one is a real-life program operated by the manufacturer, but only in the United States so far.

This Jeep Wave is a program run by Fiat Chrysler Automobiles since last year that has been designed to provide select Jeep vehicle owners in the United States with dedicated 24/7 exclusive Jeep vehicle owner support and a special package of benefits. The program is intended to enhance the Jeep ownership experience and is a thank you to buyers for their patronage of the brand.

Anyway, back to the custom of the Jeep Wave, and now we need to look at how widespread the custom is these days, whether it's had its day, why all Jeep owners don't participate, and are there similar customs among owners of other brands.

Like anything that's not obligatory, such as voting, not everyone will feel the need to participate and many just can't be bothered. You'll always get those that enthusiastically embrace such a custom, but the novelty can quickly wear off if they find themselves waving at oncoming Jeeps without seeing the gesture reciprocated.

This issue could be becoming more prevalent due to the masses that have jumped onboard in recent years to buy new "cool" Jeep models at a Jeep dealership, such as the four-door Wranglers. It could well be that many of these buyers just don't "get" what it means to be a Jeep owner. They might not have the same pride in the Jeep brand as owners of previous generations, might not understand the true abilities of a vehicle like the Wrangler, and might be more capricious vehicle buyers than longstanding Jeep enthusiasts. Alternatively, they may just have no interest in becoming part of the worldwide family of Jeep owners and prefer to keep to themselves.

It's certainly not all doom and gloom though if you are a hardened participant in the Jeep Wave phenomenon. There may well be more people that subscribe to the Jeep Wave than ever right now, but with the brand expanding and selling more and more vehicles it probably means there are bound to be a lot of new owners out there for whom a Jeep isn't just another vehicle.

The Wave isn't just a practice that's limited to the Jeep community, as there are plenty of loyalists of other brands who feel just as passionately about their particular favorites. There are loads of drivers who won't consider being seen in anything other than a Dodge, Corvette, Ram, Ford or any number of other makes, and they often feel the need to acknowledge like-minded owners.

With the amount of love there is out there for the Jeep brand, and especially the truly iconic Wrangler, it doesn't appear there is a genuine risk of the Jeep Wave dying out entirely. However, if you are a Jeep owner who's concerned about the amount of new owners not participating in the Wave, make sure you keep up the tradition at every opportunity, even if you don't always get a wave back.

If you want to get your wave on, the best way to do it is from behind the wheel of a new Jeep. We have plenty of models to choose from, so call us today and schedule a test drive.