It might be hard for some to believe, but the Jeep Wrangler as we know it has only been around since as recently as 1986 and it only entered its fourth-generation with the arrival of the 2018 model last year. That's probably because the Wrangler is generally seen as an indirect progression on from the World War 2 Willys Jeep. Today's Wrangler, like its predecessors, is still built using the same body-on-frame/rigid live axle format. But today's model is a lot more advanced and user-friendly than early incarnations, so let's take a closer look at the latest 2019 Jeep Wrangler.

"Honest" is probably one of the best words ever used to describe how the Jeep Wrangler looks, but there are plenty of other more descriptive words that can be used to describe it too. The likes of square, boxy, simplistic and retro can all be applied to the Wrangler, but rather than being criticisms as they would be if applied to some of its rivals, the Wrangler wears them as a badge of honour. This is one of the few vehicles on earth where a young child could draw an outline of one in crayon on a sheet of paper and you'd know exactly what it was. And that can't be said of many vehicle designs these days.

There are now two engine options for the Wrangler. The first is the standard 3.6-litre V-6 that develops 285 horsepower and is as familiar to Jeep as a comfortable old sweatshirt from its college days. It comes mated to a six-speed manual transmission as standard, but most will have the optional eight-speed automatic instead.

That's the more retro way to go, but if you want the most progressive Wrangler you can currently have there's also a new 2.0-litre turbo-four that offers 270 horsepower and comes standard with that eight-speed automatic. Not only is this a four-cylinder engine for the Wrangler, it also catapults this iconic vehicle into the 21st century by including a very contemporary 48-volt mild hybrid system.

If a criticism could be levelled at the Wrangler in the past it's that it's not been as refined for on-road driving as many of its rivals have become over the years. The new four-cylinder mild hybrid powerplant is just one of the ways the Wrangler has been made much more suitable to the urban jungle than it has been before. This is now a Wrangler that anyone can live with, whether they have intentions to go off-road on a regular basis or never intend driving off-road at all. Jeep has even addressed issues such as road noise when the Wrangler is driving at high speeds on the highway by increasing the amount of sound insulation, and its coil springs absorb humps in the road as if they're not there.

Of course, this is still very much a serious off-road vehicle at heart, and every version is well capable of holding its own when the pavement runs out.

For more information and to arrange a test drive in the 2019 Jeep Wrangler or any Jeep SUVs, don't hesitate to get in touch with us today here at North York Chrysler Jeep Dodge.

Meta: Check out everything you need to know about the 2019 Jeep Wrangler here before contacting us at North York Chrysler Jeep Dodge for a test drive 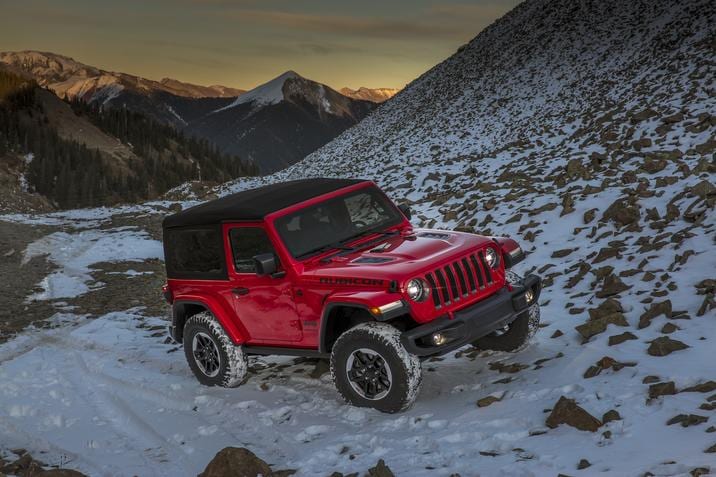