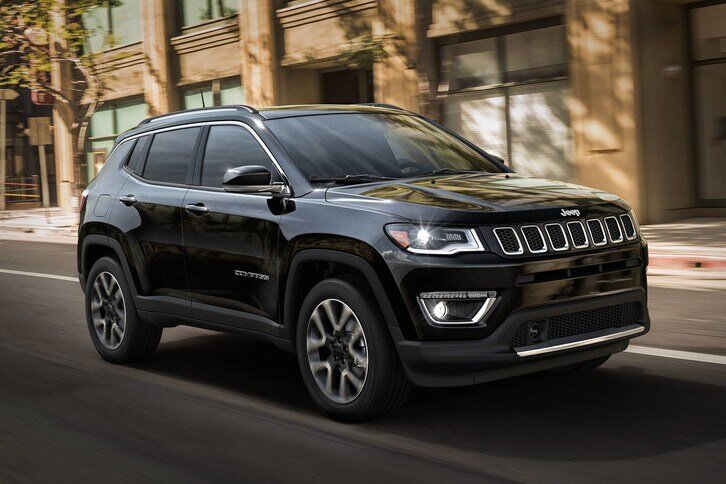 Compact crossovers appear to be getting more and more sportier these days, which some might say takes them further and further away from their SUV roots. To see how true this is and to see which is the better model, here we're going to be putting the 2019 Jeep Compass head-to-head in a direct comparison with the 2019 Ford Escape. Ford doesn't make any particular claims to be an expert manufacturer of off-road capable vehicles, but that's what Jeep SUVs tend to be known for. So, let's see how the Jeep Compass and Ford Escape stack up.

Compact crossovers are not hugely more spacious and practical than hatches or sedans of a similar size. Buyers tend to favour the high-riding SUV style of crossovers though, and if you like the sportier side of things these two are right up there with the most desirable. However, if what you're looking for is a compact SUV and not a tall hatchback, the Compass is the way to go. The Jeep looks like a baby Grand Cherokee SUV, but the Escape looks more like a tall Focus and as far away from a genuine SUV.

Neither of these two can really be configured as a genuine off-roader, but there's a lot more of this type of capability available with the Jeep than the Ford. The all-wheel-drive system available for the Escape is fine for handling bad weather and less-than-ideal road surfaces, but that's about it. With a model in its range like the Trailhawk that has plenty of trail-ready upgrades, the Compass is the only one of this pair with any genuine off-road credentials.

Every Jeep Compass is powered by a 2.4-litre inline-four that develops 180 horsepower and 175 lb.-ft. of torque, which is more than adequate for this size of vehicle and performs well in all circumstances. The base engine in the Ford is an uninspiring 2.5-litre inline-four that produces just 168 horsepower and 170 lb.-ft. of torque. The Ford has two more engine options though, and the range-topping 2.0-litre turbo-four does have more power than the Compass can offer and accentuates the sporty nature of the Escape.

It wouldn't be out of order to expect the Jeep to cost more than its Ford rival, but the opposite is actually true. The lowest starting MSRP for the Ford Escape is $25,899 for the front-drive S, but you can get behind the wheel of a new Compass Sport from as little as $23,808. It's a similar story at the top of the ranges too. The range-topping Compass High Altitude costs from $34,082, but its Escape equivalent, the Titanium, costs from $37,199.

If you want a sporty hatchback with a high seating position, the 2019 Ford Escape is a decent choice. But if what you really want is a stylish, capable and great value compact crossover SUV that can handle itself when you run out of road, the 2019 Jeep Compass is a much better option.

For more details about the Jeep Compass and to experience it for yourself on a test drive, don't hesitate to get in touch with us here at North York Chrysler Jeep Dodge, the number one choice Jeep dealer in Thornhill, ON.