At North York Chrysler the 2016 Chrysler 300 stands out among the competition at any Toronto Chrysler Dealer for its bold design and look. For 2016, a limited Anniversary Edition is available to celebrate the automaker's 90th year. It comes with all the features from the base Touring plus an expansive panoramic sunroof, distinctive 18-inch aluminum wheels and a navigation system.

Other changes to the 300 lineup include a new performance-tuned suspension system on the S and an available Black Forest Green Pearl exterior colour.

The 2016 Chrysler 300 is offered in six trim levels. Besides the above mentioned Touring, the Anniversary, and the sporty S, shoppers can opt for the nicely equipped Limited, the premium C and the top-of-the-line C Platinum. All come with a standard 3.6-litre V-6 underneath the shapely hood. In most models, this engine puts down 292 horsepower and 260 lb.-ft. of torque to the rear wheels via the eight-speed automatic transmission. The exception is the 300 S, where output is 300 and 264 respectively.

A more powerful 5.7-litre V-8 is available on the 300 C, the C Platinum and, unsurprisingly, the S. It's paired to its own eight-speed automatic transmission with paddle shifters. The engine churns out 363 horsepower and 394 lb.-ft. of torque.

Buyers who slip inside the full-size sedan will quickly see why the 300 won Ward's "10 Best Interiors" not just in 2012, but in 2015 as well. Bright Chrome and Satin Chrome accents frame the two-tone Linen and Black interiors of the 300 Touring and 300 C. Step inside the S and shoppers are treated to matte carbon hydrographic accents and silver French seamed stitching in the seats. 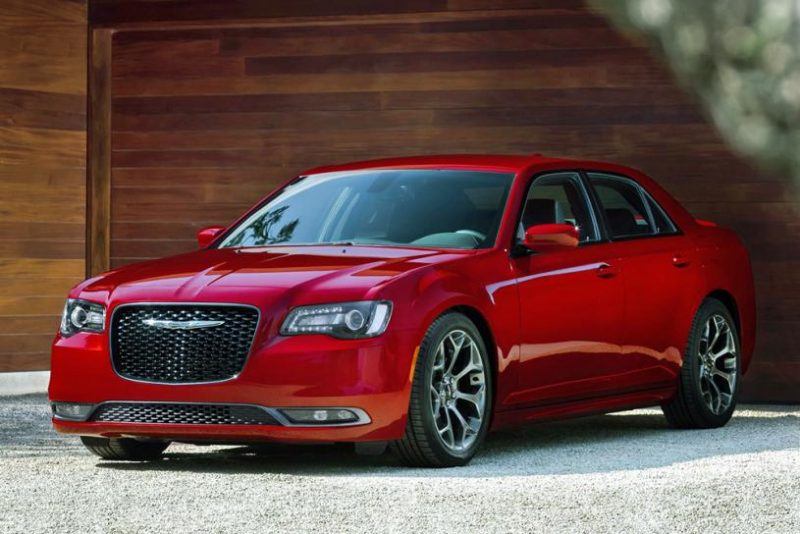 It's the interior aesthetics of the top-level 300 C Platinum most likely to floor passengers. The two-toned color scheme is inspired by the sands and coves of La

Jolla, California, USA. Nappa leather is generously used from the door panels to the seat covers. These highlight the exquisite hand-craft wood inserts found on the dash and other parts of the sedan.

The 300 backs its high-end look and feel with an extensive list of equipment. The base Touring comes with a standard leather-wrapped steering wheel, illuminated cup holders and an eye-catching analogue clock to name a few. This is topped by the C Platinum which comes with a premium audio system, heated and cooled cup holders, and virtually everything from the lower trims. Option packages allow further customization of the 300.