10 Tips For Keeping Your Car Secure

10 Tips For Keeping Your Car Secure

It can be easy to get a little blasé about car security these days as manufacturers have developed so many clever ways of keeping our vehicles secure. If you're one of those people who have never had a car stolen or broken into before, it can be even easier to adopt an "it won't happen to me" attitude. However, not everyone drives a current model equipped with the latest anti-theft devices. Even if you do, you might be surprised at how easy it can for either the seasoned pro or the casual opportunist to steal or break into your car.

So, as your Toronto Area Chrysler Dealership we offer the following tips, which will help you keep your car safe and secure.

It might sound like an obvious thing to say, but how often have you sat in your car outside a convenience store and seen someone jump out of their car without bothering to lock it? Hardened car thieves probably aren't lurking around waiting for people to nip into the store, but leaving your car door unlocked, and especially open, is a solid invitation to an opportunist. 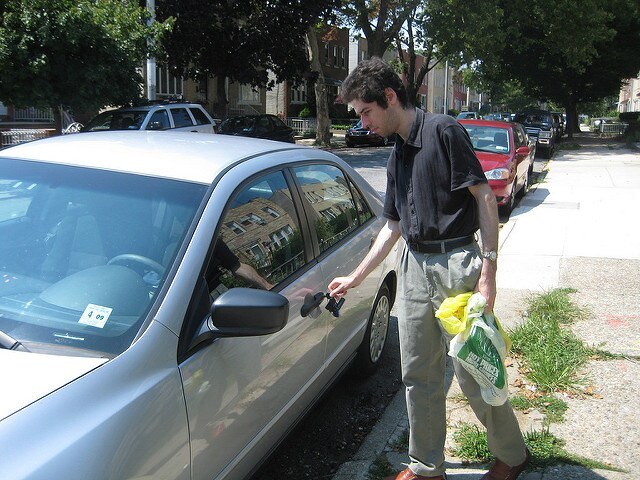 Leaving your car unlocked is bad enough, even for a short while. However, leaving your keys in the ignition as well really is asking for it. Is it really that much of an inconvenience to take them out of the ignition and take them with you?

3. Be Careful Where You Park.

Parking smart isn't just a good idea for keeping your car and its contents safe and secure, it's also a good idea for your personal safety. Try to park as close as reasonably possible to the entrance of where you want to be, and if it's dark, preferably under a streetlight as well. Make a mental note of nearby signs, poles, or other landmarks so you can return to your car as directly and quickly as possible, and avoid parking next to large vans or SUVs if you can, as they can provide convenient cover for a potential thief.

Even if you've locked your car and taken the keys with you, make sure anything that might interest a thief is out of sight when you leave your car. Packages, phones, music players, bags, portable GPS devices and anything of value should be locked away in the trunk. Even a power cord for a music player, phone or GPS left in sight could be asking for trouble, as it's a signal to a thief that the main unit might still be in the car somewhere.

When you see someone trying to take a car that isn't theirs in a movie or TV show, where do they usually look first for a key; behind the sun visor, perhaps? Even if you regularly share your car with another family member, resist the temptation to hide a spare key for them anywhere in or on the car. Anywhere you're likely to think of to hide a key is somewhere a seasoned thief will already be aware of.

6. Use Your Garage as a Garage.

If you are lucky enough to have a garage at your home, use it to keep your car safe instead of storing things you'll probably never need or use. Obviously, a car locked away in your garage is a lot safer than of it were parked in your driveway or on the street. The more difficult it is for a criminal to get to your car, the lower the chances of it being stolen or broken into.

We're not going to suggest that you purposely choose to buy an undesirable car just so it will be less of a target for thieves, but you do need to consider what you are planning to buy. Some cars are inevitably going to be more of a target than others, so if you are regularly going leave your car parked in what might be considered a dubious part of town, it might not be smart to own a luxury or sports car. It's something you might want to consider.

The only way some of today's most expensive and advanced cars can be stolen is with your key. If your car is parked outside your home, it's a pretty safe bet for a thief that the keys will be inside the house somewhere. Don't leave them in plain sight where an intruder can spot them from a door or window, and definitely don't leave them attached to your house keys on a hook near an outside door. Always put them away somewhere less obvious, and if you're going upstairs to bed, take them up with you.

Don't just rely on your proprietary car alarm to keep your car safe, especially if you drive something that's likely to be a desirable target for a car thief. Equipment such as steering wheel locks, protective steering columns, and disabling locks for the ignition, fuel and other systems all make a thief's job more difficult. Even the visual presence of an obvious steering lock could be enough to make a thief look elsewhere. 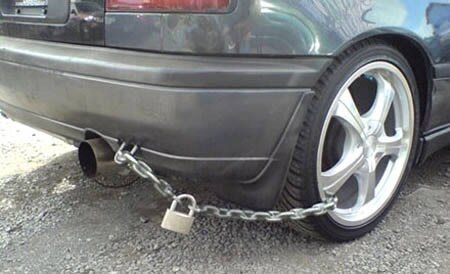 If you've been shopping and come out of the store to drop some items off, move the car to a different space before you go back to do more shopping. Criminals could be watching and will know you won't be back for a while if you don't. Also, if you park your car somewhere away from your home on a regular basis for extended periods of time, try to vary where you park to avoid advertising your routine.

These tips should go a long way toward keeping you and your vehicle safe and sound. It's always a good idea to keep security in mind when buying a vehicle. If you're shopping for a car, truck, SUV or minivan, stop by our dealership and talk to one of our sales associates who will be glad to show you the latest anti-theft technology on any of our models.